This post could also be titled How I Nearly Burnt Down Our House…Twice….In The Span of 15 Minutes. One may think, how could you possibly burn down your house making lollipops? I shall explain.

In all honesty making lollipops is pretty easy but it takes a bit of vigilance. The honey must reach 300 degrees F in order to properly harden. In theory, all you need to do is watch the temperature. Once the honey hits 300 degrees you simply take it off the heat, stir in the spices and pour it into a mold. Easy peasy right?

When the temp reached 260 degrees F things took a turn for the worst . My 6 week old started crying due to ” extreme starvation” ( his words not mine). Right about that time, Fig entered the scene, pantless, strumming on his guitar and singing/squealing/screaming so loud I feared the windows may shatter. To add a bit more to the chaos, the dog decided that now was as good a time as any to start furiously barking at, let’s see, nothing. Because that’s how Mafalda the Dachshund rolls.

I checked the temperature of the honey right before rescuing the baby from near starvation. It was at 270 degrees Fahrenheit. In my sleep and caffeine deprived mind, I’m thinking I have a good 2 or 3 minutes before that baby reaches 300 degrees. Nope. Honey can, I learned the very hard way, go from 270 to 300 degrees in mere seconds.

A few minutes later, a nursing baby still in my arms, I start to smell something sinister and then the thick smoke came wafting into the living room. Upon reaching the kitchen I discovered a pot full to the brim with what appeared to be thick black tar straight from the depths of hell . “MOTHER F…Mother of Fudge” . Fig was staring right up at me as I nearly dropped the F bomb  and proceeded to repeat for the next four days ” Fudge …I need fudge”. Yeah Fig, I need fudge too. And wine, lots of wine.

To make a very, very, very long story short I nearly burnt down the house for the second time when I attempted to clean the “tar pot”. Turning on the wrong burner on the highest setting only to discover, 10 minutes later, that an empty and dry cast iron pot was near combustion. Strike two. 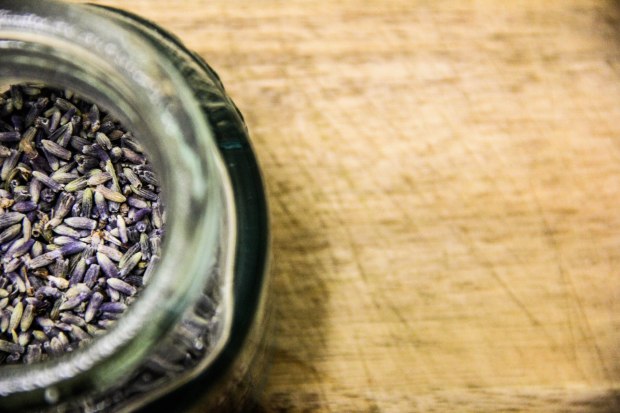 I almost gave into these demon lollipops but decided I could not let evil win. I promptly decided that lavender was a must given my shot nerves.  Regaining composure, I let Fig crush up the lavender while I started a new batch of honey ( now we’re nearly in debt due to the amount of honey lost in the lollipop making process..demon pops I tell you!).

The final product; delicious. Fig is obsessed with them so I’ll call it a win despite the fight it took to make them.  I realize that you may never want to make lollipops given this story but trust me, they are delicious and totally worth it if you’ve had enough coffee and slept well the night before. You must watch the pot though! They say a watched pot never boils. Total B.S. It will boil, ruin your pot, and nearly burn down your abode! 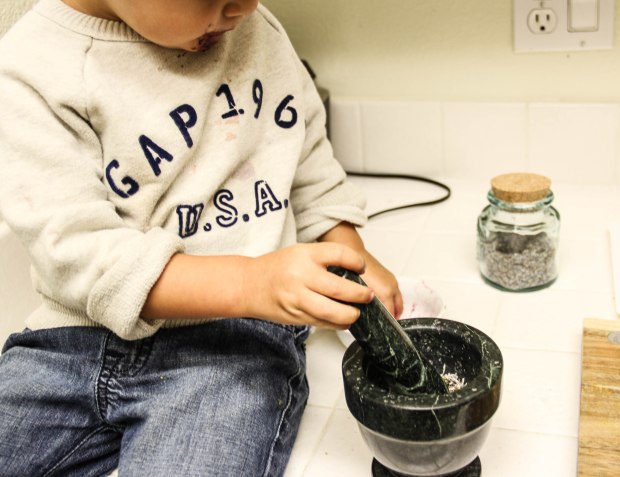 9 thoughts on “Cooking with Toddlers: Lavender and Wildflower Honey Lollipops”

I'd love to hear from you Cancel reply